On May 25th, 2016, John Webster passed on. I never knew him personally, don’t have any anecdotes to tell, haven’t written hugely on him, haven’t read every one of his books and essays and discovered his writing somewhat late and so am probably the least qualified person to write any kind of tribute to him. However, in the short time since I discovered his work, he became someone I referenced when I needed to know the right answer about a theological question. He was a truly theological theologian, one who wrote for the whole church at a level of intellect and scholarship that was second to none. Far smarter folks have written far better tributes to him than I have here, so I’ll simply say that in his death, we have lost one of the, if not the, brightest theological light in recent times, and that I am genuinely sad for this loss. My prayers are with his family and friends.

Below are all the links to tributes I’ve been able to find, as well as videos and articles about his theology. These tributes also serve as kind-of introductions to his theology, which, as you’ll find by reading, is theological in the truest sense of the word. If I missed anything, and I’m sure I have, let me know in the comments and I’ll add it.

John Webster dies at 60: Tribute to a leading theologian of his day – Steve Holmes

Fred Sanders has written a number of challenging and informative blog posts on Webster’s theology here. Do take a few minutes to read them.

An unofficial John Webster Twitter account, where you can find a number of wonderful quotes. Here some of my favourites: 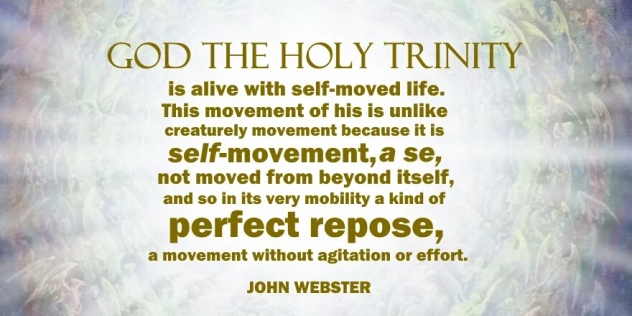 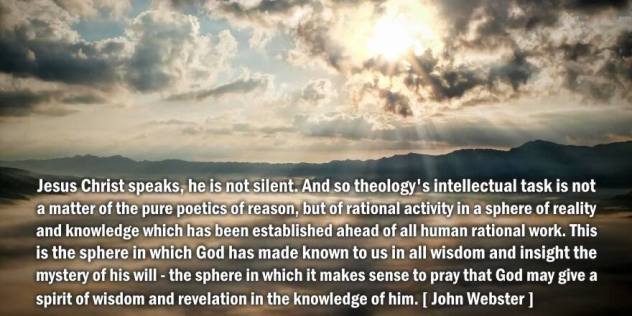 John Webster’s Kantzter Lectures: God With Us, according to the Christian Confession

Rest in peace, Prof. Webster. We’re going to miss you.

| a faith worth keeping |

"religion is above all an external word" (Lindbeck)