Here’s a more in depth review which interacts and engages with the main poonts of the book – definitely worth reading:

So I read ‘Dominus Mortis‘ this last month, and though I don’t usually do book reviews (there’s no shortage of theoblogs doing book reviews), I decided to write up a few thoughts on this outstanding little volume.

As a whole, this is just a fantastic work of scholarship – anyone interested in divine impassibility, late medieval christology (and christology in general), theological metaphysics and, of course, Luther’s theology will benefit hugely from this book. The writing is clear (though technical in places) without dumbing things down, though of course the reader will have to follow the text closely so as not to be lost. Being a specialized study, there’s the assumption of a fair amount of familiarity with theological vocabulary and concepts, so while easy to read, it’s not a beginners guide.

The standouts in terms of content for this book are for me the engagement with the doctrine of passibility/impassibility, the engagement with modern theology in terms of Luther’s applicability for today’s issues, and the historical overview of the ‘divergence thesis’  with the subsequent argument/demonstration that the passibilist reading of Luther is, in fact, very incorrect (I won’t give it away here, you’ll have to read it yourself – suffice it to say that the passibilist reading of Luther has been dealt quite a blow in this book) .

Something I really, really, really, REALLY REALLY  appreciate is that at the end of every chapter is a brief (1-2 page) summary of what’s been discussed in the chapter. This is quite simply so very nice – the arguments can be somewhat long and complex and it’s incredibly helpful to have a look back to help you get your bearings with a quick stock-taking to see just where you’re at.

I’ll end this review-ish with a hearty recommendation – if you’re interested at all in passibility/impassibility, christology, theological metaphysics and Luther, this is an essential volume. Get it.

I received ‘Paul and the Faithfulness of God’, Christmas eve, and finished the first volume in roughly 7 days – lots to think about. While I’m onboard with most of what Wright argues, I think he seriously overstates the theme of Israel’s national failure – partly because, at a textual level, the evidence he needs just isn’t there. Arguing from the implicit to the explicit is fine – but when every lack of data is brushed off with ‘the implicit narrative’ or ‘every second-temple Jew would have known this’, there’s a problem. Wright’s thesis is strained, at best – the texts he argues from (largely Romans 2:17-23 among others) simply don’t support his idea. I don’t even think he needs it, honestly. I wonder if he’s holding on to said thesis just for the heck of it. For a much more scholarly critique, see Larry Hurtado. It was nice to see him town down some of the anti-imperal rhetoric and relegate it to a somewhat more implicit role (somewhat).

I’ve been reading Pelikan’s Reformation volume, along with various writings of Luther, trying to get a handle of Lutheran dogmatics – christology, specifically (communication of attributes and all that). Christologically, I’d side with the Lutherans over the Reformed (who really do have some Nestorian tendencies), though the Lutherans have their own Eutychian leanings. When it comes to the law/covenant, though, Reformed wins every time. Even allowing for Luther’s rhetoric, I can’t get behind his idea of the law being an ideal that huamnity can’t attain, and in virtue of that, driving one to Christ. Two great web resources on this specific issue: Concordia Theology and Lutheran Theology

My Cambridge Companions to Aquinas, Augustine and Plato have all arrived – I’m about halfway through the Augustine volume, which is fun because I’ve never really read and secondary work on him aside from an article here and there. It’s good to get a better handle of Augustine – though funny enough, as sophisticated as his metaphysic is, his theology is pretty blunt – ‘God damned you. Deal with it.’ But seriously though – good volume. Excellent article on the nature of God – so far that’s the standout. There are essays on his epistemology, philosophy of time, memory, language, cognition, etc. Looking forward to it.

I’ve also been reading a good amount of sci-fi short stories, starting with basic Star Wars (the ‘Tales From’ series) and branching into space opera, reading from this great volume. Lots of great old stories – it’s especially interesting reading the ‘harder’ sci-fi from older periods. In one instance, the ‘ether’ was said to have currents, waves, etc, that spaceships could get sucked into – lots of great fun.

I finally got Pelikan’s Reformation book in his history of doctrine series. It’s been outstanding so far – I’ve zeroed in on the discussion of Luther, justification and the theology of the cross. Something I learned was Luther’s emphasis on the Christus Victor theme, which, while all Christians sort of believe that at some level, definitely lost some emphasis in the medieval period. Luther focused on it to a degree I had not realized. While I’m fairly familiar with the justification doctrines Luther puts forward, this has also served to flesh out the subtleties in his thought in that area. I hope to learn more of the subtleties and nuances in Reformation thought.

Apart from that, I’ve done a large amount of reading in the classical metaphysical tradition, specifically the Aristotelean (sp?) theory of act and potency and the debate surrounding divine simplicity/energy-essence distinction. The main thinkers I consulted on act/potency include Aquinas, here, Aristotle, here, and Reginald Garrigou-Lagrange, whose writings on the topic can be found here. I read Hart on simplicity several times over in ‘The Experience of God’, who, while Orthodox, takes a decidedly Latin approach to the whole affair, but still maintains that God in his true nature is unknowable, whereas the E/E distinction doesn’t hold to the absolute divine simplicity of the Latin tradition. I also consulted Barth, in C/D 2.1, pages 457-461, who affirms divine simplicity by tying it to the freedom and simplicity of God’s love, which is par for the course for Barth. This led inevitably to thinking about the role of apophatic and cataphatic theology – which is a whole ‘nother discussion.

‘Mapping the Mind’, by Rita Carter has also been great – a fantastic entry-level book on the physiology/biology of the brain and brain science, technical, up-to-date, covering all the major areas, but easy to read. I’m learning a great deal about neurons, synapses, grey matter, chemical reactions, and lots of other fun things.

Earlier this week I spent some time reading Plantinga’s ‘Warranted Christian Belief’, specifically the sections dealing with foundationalism. This was sparked by someone asserting that unless one had self-evident propositions one couldn’t have knowledge, and God served as the self-evident thing. Plantinga more or less points out a big flaw, namely that foundationalism is self-referentially incoherent – it makes demands that it can’t meet. Fantastic book all around, and highly recommended. 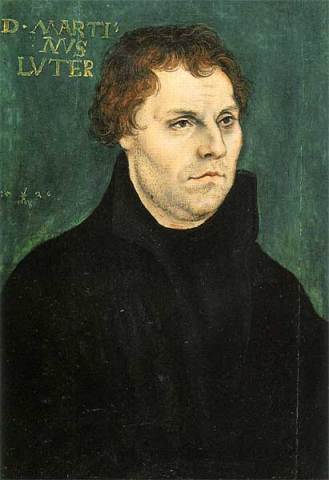 ‎’If you are a preacher of mercy, do not preach an imaginary but the true mercy. If the mercy is true, you must therefore bear the true, not an imaginary sin. God does not save those who are only imaginary sinners. Sin boldly, but let your trust in Christ be stronger, and rejoice in Christ who is the victor over sin, death, and the world. We will commit sins while we are here, for this life is not a place where justice resides. We, however, says Peter (2. Peter 3:13) are looking forward to a new heaven and a new earth where justice will reign. It suffices that through God’s glory we have recognized the Lamb who takes away the sin of the world. No sin can separate us from Him, even if we were to kill or commit adultery thousands of times each day. Do you think such an exalted Lamb paid merely a small price with a meager sacrifice for our sins? Pray hard for you are a mighty sinner.’
-Martin Luther

This is an often misunderstood quotation – on the surface it appears that Luther is advocating a ‘we’re going to sin, but we have grace, so if we sin, sin big, because we have grace,’ kind of thinking, and while it is a seemingly comforting way of thinking, it is directly opposed to what Scripture actually teaches about the nature of sin and grace. St. Paul’s very familiar rebuke, ‘Do we sin more, that grace may abound? By no means!,’ (paraphrase) deals well with that mentality – grace covers our sins, but by no means does it give is license to sin. One can imagine someone in the early church thinking just that: ‘Well, if grace abounds in sin, then let’s sin away!’ To which St. Paul offers his excellent rebuke.

Lutheran theologian Dietrich Bonhoffer had this to say about Luther’s stirring oration quoted above:

“For Luther, ‘sin boldly’ could only be his very last refuge, the consolation for one whose attempts to follow Christ had taught him that he never could become sinless, who in his fear of sin despairs of the grace of God. As Luther saw it, ‘sin boldly’ did not happen to be a fundamental acknowledgment of his disobedient life; it was the gospel of the grace of God before which we are always and in every circumstance sinners. Yet that grace seeks us and justifies us, sinners though we are. Take courage and confess your sin, says Luther, do not try to run away from it, but believe more boldly still. You are a sinner, so be a sinner, and don’t try to become what you are not. Yes, and become a sinner again and again every day, and be bold about it. But to whom can such words be addressed, except those who from the bottom of their hearts make a daily renunciation of sin and of every barrier which hinders them from following Christ, but who nevertheless are troubled about their daily faithlessness and sin? Who can hear these words without endangering his faith but he who hears their consolation as a renewed summons to follow Christ? Interpreted in this way, these words of Luther become a testimony to the costliness of grace, the only genuine kind of grace there is… We Lutherans have gathered like eagles round the carcass of cheap grace, and there we have drunk of the poison which has killed the life of following Christ… What happened to all those warnings of Luther against preaching the gospel in such a manner as to make men rest secure in their ungodly living? …The word of cheap grace has been the ruin of more Christians than any commandment of works. (Dietrich Bonhoeffer, The Cost of Discipleship, pp. 56-59).

While I am not a Lutheran, these statements ring true for anyone. The only kind of grace is costly grace – any attempt to cheapen it by using it as an excuse to continue in a lifestyle of sin changes it from grace to damnation.

Opera Ad Extra: The Inseparable Works of the Triune God

Blogging through a writing project